The European Premier of ‘Fame’ took place in the Theatre Royal in the winter of 1992.  It was probably not the best show ever to grace the Theatre Royal stage, but if it achieved anything – it started another group of youngsters on the road to producing musical theatre. Spotlight became Premier Productions, and the rest is history… but for now – enjoy some of the history… more innocent times when it was acceptable to ‘Black Face’ a cast – or was it ever acceptable? Probably not – but simpler times for sure. 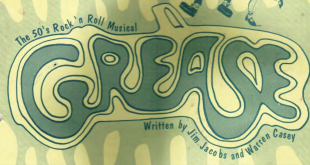 Video – Grease 1991 – Hopelessly Devoted To You Here’s Caroline Stone, Shane Jordan and Deborah Cunningham with a showstopper from the 2004 production …